An unspoilt and unadulterated island  of exceptional natural beauty is lying at the extremity of the Libyan Sea. Gavdos is blessed with the finest of nature- the seashores with the turquoise waters are surrounded from pine trees, shrubs and perennial cedars while the beautiful cobblestone footpaths invite you to discover the mysterious beauties of the island.

The colourful biodiversity of the  is competing the earthly vegetation of the land. You will be enchanted from the mysterious atmosphere emitted on this island and the magical desire of yours to wander around the sandy beaches by crossing beautiful dunes while gazing the starry sky.

The island of Gavdos, which lies together with its smaller sister island Gavdopoula bout seventy kilometers South of Crete, 250 kilometers from Africa, making it the southernmost island in Europe.

The island measures about 9 km in north-south extension, about 5 km from east to west, and covers an area of ​​about 30 km². Up to 368 m high cliffs and low coniferous forests dominate the interior, on the coasts are sometimes fabulously beautiful sandy beaches. Together with its uninhabited smaller sister island Gavdopoula, it forms the southernmost Greek community.

An island with a long history
In ancient times Gavdos was equated with “Ogygia” (Ὠγυγία), on which the seductive nymph Calypso is said to have held the legendary navigator Odysseus and his companions for seven years with their love spell.

It is even thought that the island has been significant in ancient times, e.g. at Lavrakas remains of a Greek port city have been discovered. In Roman times, up to 8,000 people lived on Gavdos, as the island was an important station in the shipping traffic to the east and to Africa. Even in Byzantine times held the meaning – after all, Gavdos was one of the 22 dioceses of Crete and provided three bishops and an archbishop. The Arabian pirates brought a sudden end to the blossoming of Abu Haf’s Omar (824 AD), after which the island was first forgotten. 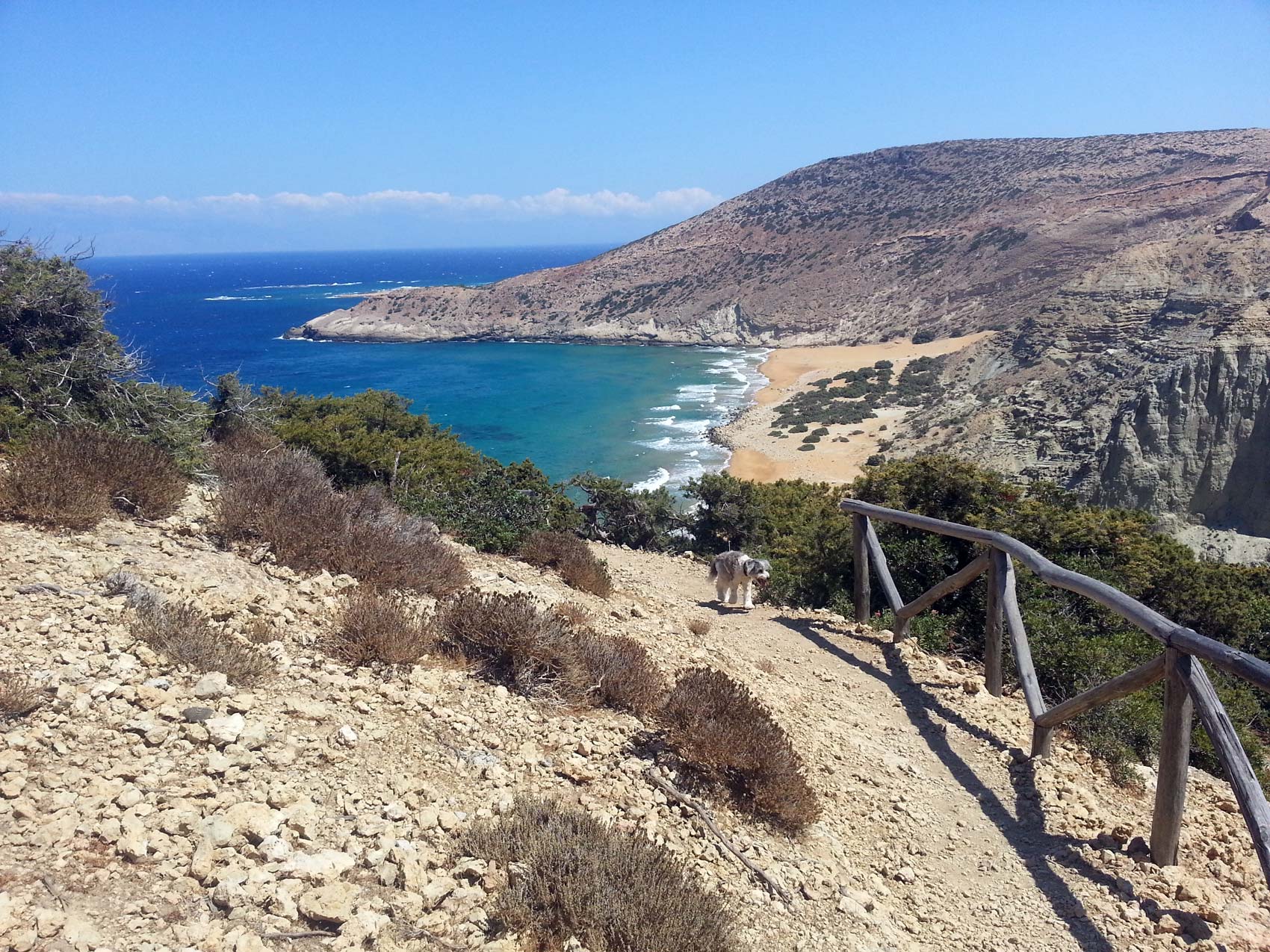 Leave only your footprints

Every year during the summer we visit the island for a few days and each time we are fascinated by the island of Gavdos and its inhabitants, with whom you get in touch very quickly and learn the history. However, most do not live there all year round, they come only for the season and live elsewhere in Crete.

If you travel to Gavdos you arrive at the port of Karave and from there you can take a bus or, what most people do, explore with your own car. Even with the bike is the island great to travel, there are not many vertical meters to overcome, the highest point of the island is only 300m above sea level.

But I thing the best way get get a feeling for the beautiful Island, is to explore Gavdos on foot. There are many small path with will guide you all over the island,  from Korfos to Tripiti, from Kastri to Ambelos, from Chamourio to Kedre and Lavrakias, from Vatsiana to Korfos, from St. Panteleimon to Kastri and on other routes. Most of the tours are endling at one of the amazing beaches of Gavdos.