Kokkinos Pyrgos has one of the best parts of the bay – shallow water and a sandy beach attack families as well as surfers.

The long sandy beach with shallow water is well organized with sunbeds and umbrellas from the taverns and cafes. Because of its sheltered location and the sandy ground of the beach sections next to the pier is very popular with families. Here you can access the sea easily even on windy days.

The eastern part of the beach, from the port to the airport, is named Katalyki and is a very well-organized beach with umbrellas, sunbeds, lifeguards, and water sports. There is a seaside road running along the coast with many cafes and restaurants, making this popular for a drink. In the east of Katalyki, there is a large marsh (from November until May), which is one of the most important wetlands in Mesara plain, watered by the Geropotamos River. 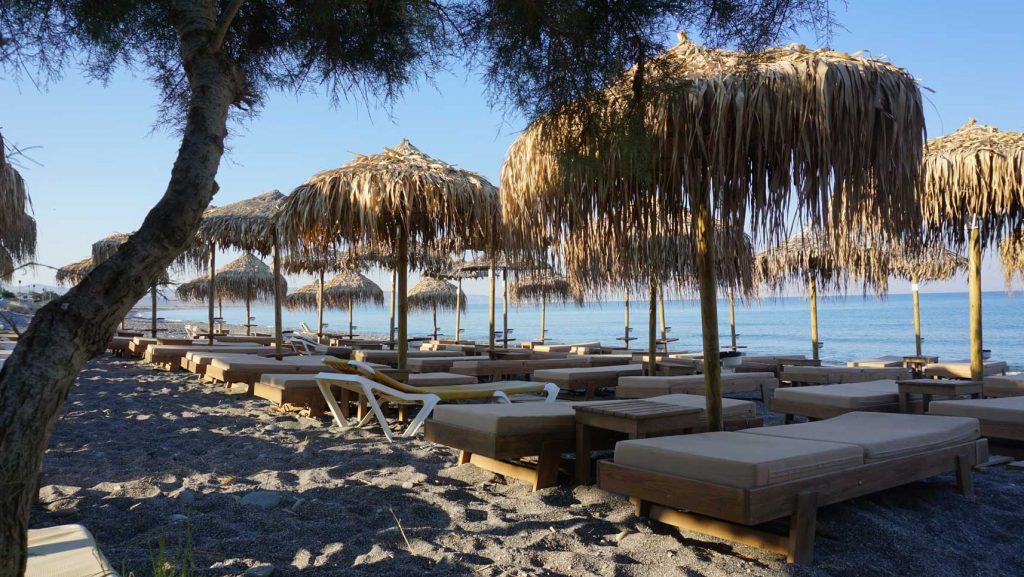 To the west of the port in the direction of Agia Galini is called Kakoskalo, the beach is not organized, secluded and only sandy in a few places. Most of the time you walk on stones, but there are some nice spots for sunbathing and swimming. If you like running, then go for a snack to Agia Galini, it takes about 1, 15 hours. On the way, you will see impressive rock formations above you, which were formed by the wind and sea. Unfortunately, you’ll find plastic here too – but it’s a global problem these days.
There are almost no shadows the whole way !!! 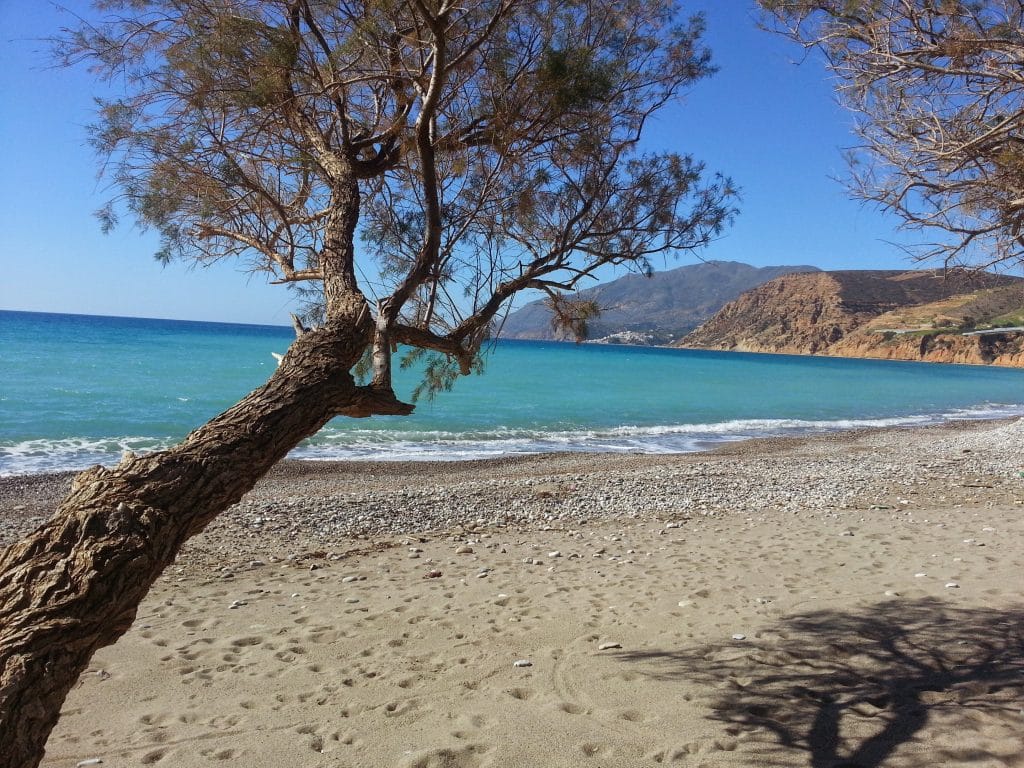 I like to relax on this part of Kokkinos Pyrgos beach, there are almost no people and you can listen to the sound of the sea. After a nice sunbath, I like to visit the Red Castel Tavern, which is the only one on the beach.