Minos site at the beach
Your search results 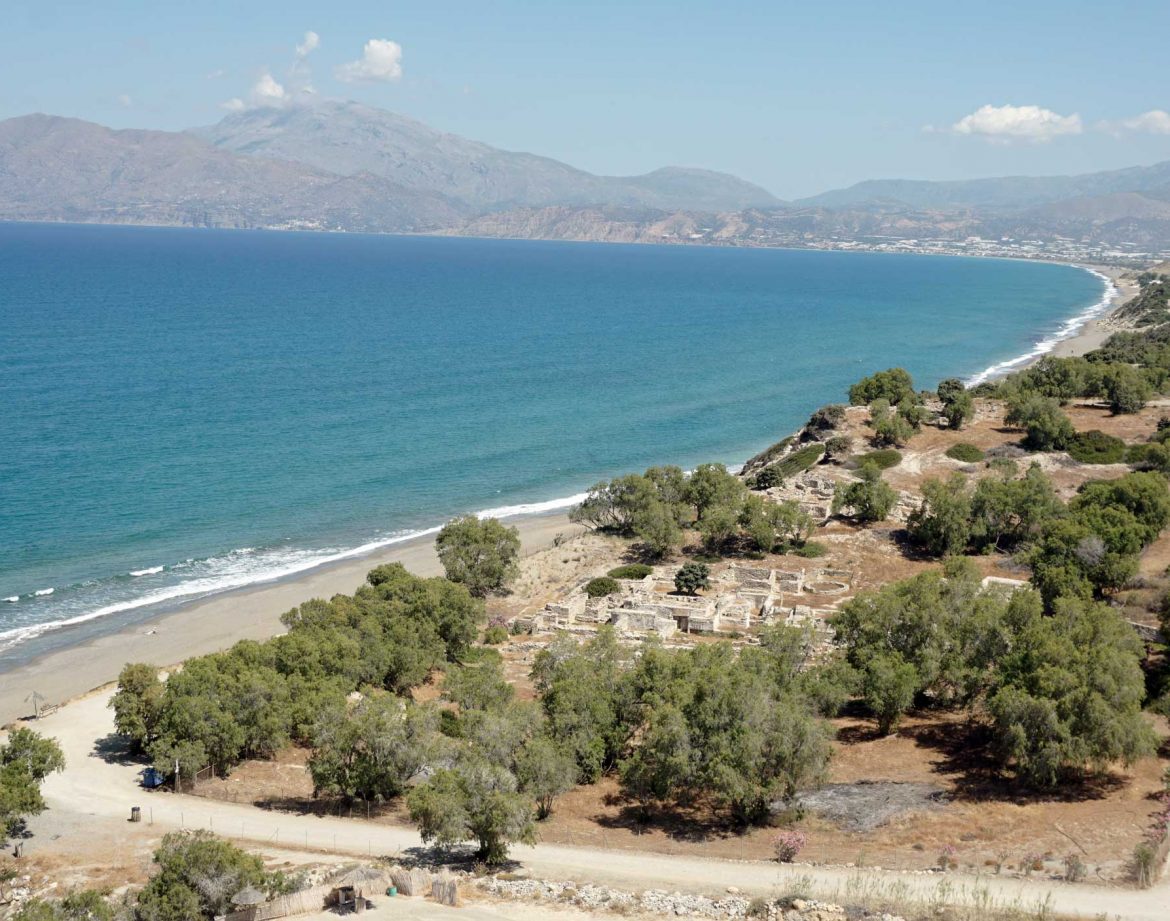 The Minoan settlement of Kommos lies 5 kilometers south-west of Agia Triada and six kilometers south-west of Phaistos. The settlement is situated on a small hill next to the beach at the end of the Messara plain near the village of Pitsidia. It is most likely that the harbor served the palace of Phaistos. This is borne out by the discovery of a variety of imported pottery, especially from the Late Minoan I-IIIB period. It is possible that Kommos was linked to Phaistos by a paved road.

The Excavations were completed in 2005 and part of the site has been covered to protect it from the weather. The whole of the lower part and much of the middle part of the site can be seen from the road which passes the site on its way down to the beach. It is also possible to see the whole site if you walk around the outer fencing. According to the Kommos website, a visit to the site can be arranged by going to the Kommos excavations headquarters in the village of Pitsidia during June, July, and August.

The following history is adapted from the Kommos plan of 1998
Kommos, a large Minoan and Greek site, lies on the shore of the Libyan Sea north of Matala in South-central Crete During the Minoan period (c. 1750 – 1250 B.C.) it featured a town of some 35,000 square meters.

The town itself was set on a hillside and higher areas to the north to the south, on the flatter area bordering the shore, there was a succession of three enormous structures, two of which were palatial, with wings and a central court. The third appears to be six massive shipsheds which may have housed ships of the Cretan fleet during the winter, non-sailing months.

These were the first Minoan shipsheds to be found, but others have since been discovered at the port of Knossos and at Gournia. Komos’s position on the sea, with its wealth of materials brought from Cyprus, Egypt, Syria and elsewhere, lead one to the conclusion that it was the harbor-town or epineion of nearby Minoan Phaistos and Hagia Triada.During the Greek and Roman period (1025 B.C. – 250 A.D.) the southern area was used for religious rather than commercial purposes.

Three successive temples, accompanied by many offerings, were built upon each other, all set upon the ruins of earlier Minoan buildings. Various structures were built around the temples, including four altars from the final period, when Zeus and Athena were worshipped.

Together, the temples and the underlying Minoan palatial walls, represent an architectural assemblage unique on Crete, one that must be preserved intact. During the Early Roman period sand, drifting in from the shoreline, began to accumulate on the site, which had been abandoned. Eventually the entire site was covered by sand which in some places reached a depth of eight meters, especially on the south. The area lay deserted until 1976 when the University of Toronto initiated excavations that continued for 30 years.

Now the effort is being made to deal with environmental problems (e.g. erosion and sand accumulation) and at the same time conserve and protect the complex’s well-preserved remains of civic and religious buildings, as well as those of the Minoan town. 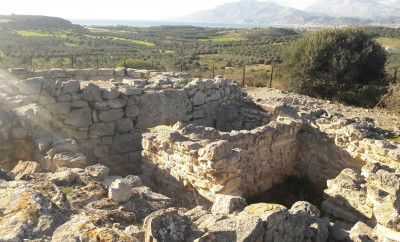 Tholos tomb of Kamilari
The Kamilari tomb was the largest and best-preserved of three tholos tombs found in the area when the Italian School carried out excavations in the ...
Jan 20, 2021 , 0 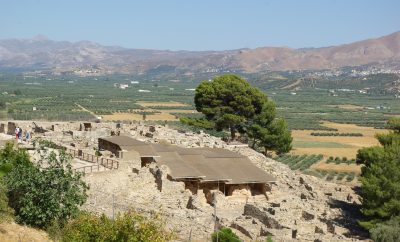