Where the hippies once joined

Matala is located in southern Crete, right on the Lybian Sea. In the background you can see the Ida mountains with the highest mountain of Crete, the Psiloritis. There is often still snow on the mountain tops until mid-June, so you can enjoy a very special and unique panorama while swimming in the warm sea. Furthermore, the picturesque, authentic and Mediterranean-style villages of Pitsidia, Sivas and Kalamaki are nearby, as well as the Kommos beach. Forbes magazine says it´s one of the most beautiful beaches in the world due to its indescribable nature and vastness. 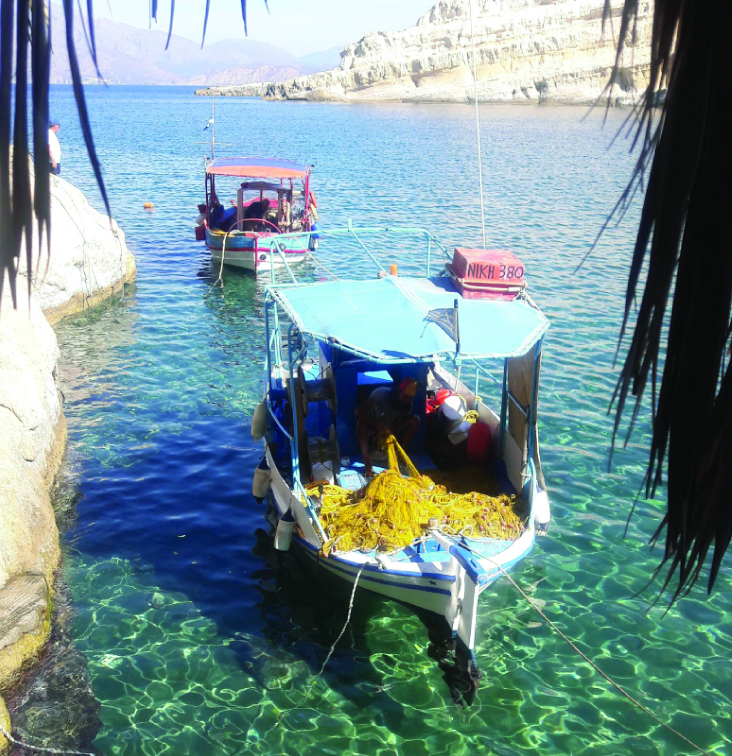 Also, one of Crete´s most famous archaeological sites is just ten Minutes by car away. The Palast of Phaistos, where the Brother of the Minoan King Minos is said to live. By the way, Matala counted in 2017 just 67 permanent residents, which shows you the rural character of the village in winter Times. During the summer, from April to October, you will find large number of nice cafes, bars, restaurants and shops. 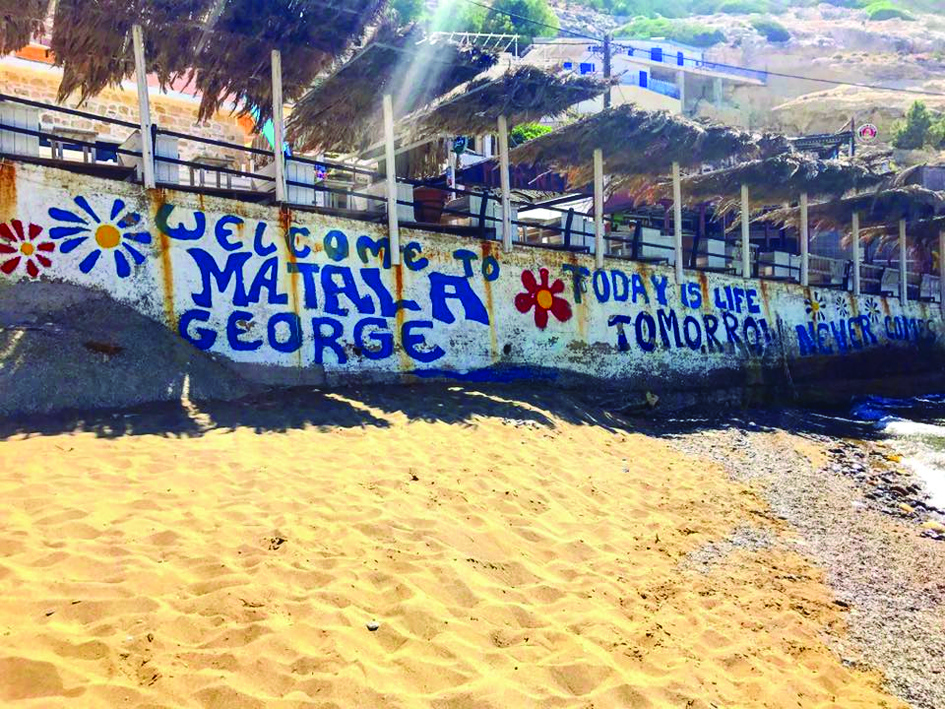 Matala – a piece of peace

If you have ever been to Crete you will already know Matala, which is worldwide famous for it´s Hippie Lifestyle, that is still remaining. The reason for this very big Hippie Hype is found in the 1960, when Hippies from all over the world very settling in the neolithic Caves nearby the beach. Many of them where jung people from the USA, who rejected to take part of the Vietnam War. They founded a big commune and one of the inhabitants was the famous singer Joni Mitchell. During this time there was just one little Tavern in Matala and the Hippie Hype was a main reason why Matala was starting to grow and made Matala to what we know today.

As a reminder of this time every year in June, a big festival takes place, which is really worth seeing. The streets are painted by artists, children and creative people with wondrous, colorful images, there are numerous stalls selling food and local art as well as a large stage on the beach. There occur over several days bands of different music styles.