One the most historic monasteries in Crete
Your search results 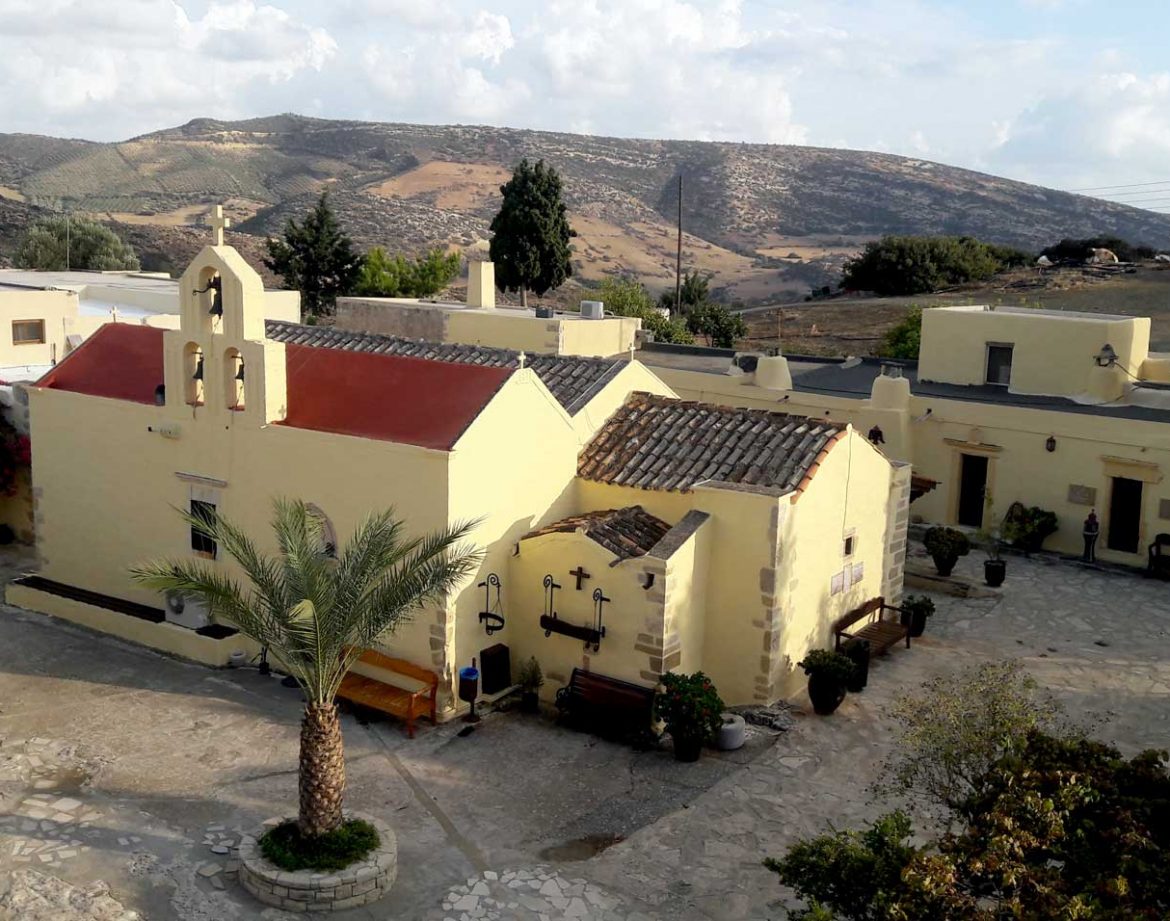 The Odigitrias Monastery (Μονή Παναγίας Οδηγήτριας) is one of the most famous monasteries in southern Crete.
The location of the monastery on the edge of the Asterousia Mountains is no coincidence, because this mountain range was probably the most important cradle of asceticism in Crete, as Apostle Paul stranded close by Kali Limenes on his trip to Rome.

Odigitria Monastery is a male monastery located in a protected position of Asterousia Mountains, at an altitude of 250m. The monastery can be accessed through the village of Sivas in Messara Plain. It is one the most historic monasteries in Crete, known for its huge estate, with several chapels and vast land property in Asterousia Mountains.

Asterousia was perhaps the most important cradle of asceticism in Crete, developed in the sacred gorges Agiofarago and Martsalo, today belonging to the monastery. The area is also called as the Mount Athos of Crete, after the famous monastic state of North Greece. The development of such strong monastic tradition is linked to the Apostle Paul, who is said that during his trip to Rome he stopped in the area of Asterousia.

In this sacred place, therefore, the hermits built in the 14th century the monastery of Odigitria. The name probably relates to a copy of the famous icon of the Monastery Odigon in Constantinople, which is attributed to the Evangelist Luke and was one of the most famous miraculous icons in the Byzantine Empire.

The monastery was built like a fortress and part of its wall is still visible. The buildings of the complex surround the central two-aisled church of the monastery, dedicated to the Assumption of the Virgin Mary and the Apostles Peter and Paul. There was a third aisle, dedicated to St. Fanourios, but it has been demolished. Near the main gate, you will see the legendary Tower of Xopateras with the great story (read it here). Moreover, you will see the baking house, the olive mill, the wine press, several warehouses, the cheese cellar, a small well used during the sieges of the monastery, the guest house (the old abbot cell), the abbot cell with the library, the monks’ cells and the graves of the abbots of the monastery. Moreover, four icons of the famous Cretan artist Angelo (15th century) have survived till today.

The monastery was housing the brothers Parthenios and Eumenios, who later founded the monastery Koudoumas and today are honored as saints. Moreover, during the Turkish occupation, the monastery was turned to stavropegic (ruled directly by the Patriarch) so as to ensure its property.

The monastery owns some of the oldest chapels of Asterousia, with remarkable frescoes. Among them are the cavernous chapel of Agia Kiriaki, the church of St. Anthony in Agiofarago Gorge, Panagia chapel in Martsalo canyon, the Saints Eftychiani, Saint Andrew (30 November), and Saint John the Baptist ( August 29) in Vathys Lagos position. 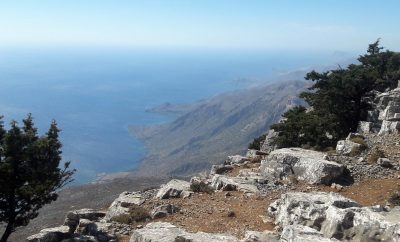 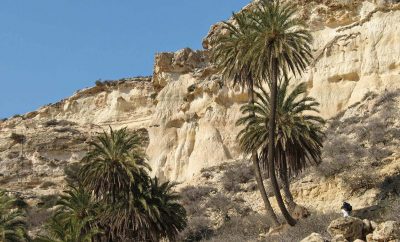 Martsalo beach
Martsalo is a secluded beach in the west Asterousia Mountains, which you can access just on foot or by boat. At the beginning of the route, you ...
Jan 25, 2021 , 0