With bright flowers and fig-like fruits, the prickly pear (Opuntia ficus-indica) is one of the most famous cacti,
and originally comes from the American continent.

In contrast to common cacti, opuntia does not have a spherical or columnar shape, but rather form disc-shaped, flat parts of the shoot. The flat rungs line up like chain links to form branch-like structures.
They bloom from May to July yellowish-orange, the harvest time for the very sweet and juicy fruits in late summer. But be careful, because, like the branches of the shoots, they are covered with tufts of fine spines and bristle-like thorns, which penetrate the skin with their barbs and can be painful.

However, the fruits are quite tasty and healthy! You can recognize ripe fruits by the fact that they turn yellowish to purple in color, become soft and the thorn hairs loosen.

The easiest way to eat the fruit is to take it with several layers of newspaper in your hand, cut it lengthways, and spoon it out. The peel cannot be eaten, the small black seeds inside can be eaten without any problems. They contain valuable fatty acids and even prickly pear seed oil is extracted from them.
The fruit contains a lot of vitamins A, E, and C and is rich in the minerals potassium, magnesium, and calcium. It also contains a very good composition of essential amino acids, which are vital protein building blocks for our body.

Researchers have now also discovered the protein component “taurine”, which is otherwise only found in animal products, in the cactus fruit. Taurine is considered an antioxidant that primarily fights the free radicals in the body, which are responsible, among other things, for the aging process.
The prickly pear also contains betanin, a natural red pigment. This secondary plant substance is very healthy and is also contained in beetroot. Some of it passes through the body unprocessed, so it can happen that the urine is colored reddish as a result.

Store the fruits in a cool place and consume them within a few days.

The prickly pear is a traditional medicinal plant of the indigenous peoples of America. Not only the fruits but also the flowers and stems are used as remedies. The astringent flowers have a hemostatic effect and help with diseases of the gastrointestinal tract, especially diarrhea, colon inflammation, and irritable bowel syndrome. They are also used with an enlarged prostate. The nutritious prickly pears contain mucilage, sugar, vitamin C, and other fruit acids and are preferably processed into jam or juice. In Mexico, they are also used to make alcoholic drinks. The split stems used to be used to splint injured limbs. Young, green sprouts from the prickly pear are usually cut into strips as “nopales” and eaten as a salad or vegetable.

What many do not know: you can not only eat the fruits, the fresh, young shoots of the cactus are also edible.

Another popular area of ​​application besides the kitchen is body care, especially for skin and hair. For this purpose, the small kernels of the fruit are processed into what is known as prickly pear seed oil. It is considered to be one of the most expensive active ingredient oils in the world. For 1 liter of pure oil, you need about 1 million prickly pears and many, many hours of manual labor.
The prickly pear seed oil has a high content of vitamin E which is very important for the skin and hair cells. It is therefore used for various skin problems or dry and brittle hair. 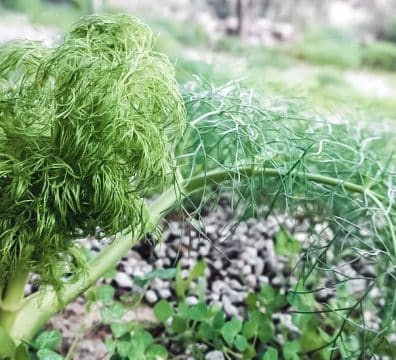 What is the Cretan Diet?