From a very early age, the Greeks began to use fennel in the kitchen, but it also has its roots in mythology. The Ancient Greek people called the fennel plans to “marathon,” which means “grow thin” and reflects the belief in its appetite suppressiveness. The town of Marathon, site of the famous battle between the Athenians and the Persians, means “place of fennel”. After the battle, the Athenians used woven fennel stalks as a symbol of victory.

Most people are familiar with the story of how Prometheus stole fire from the Gods and gave it as a gift to mankind. According to Greek mythology, it was the stalk of a fennel plant that he used to steal the fire from the Gods. A giant fennel plant was said to have spawned the Greek god Dionysus’ Bacchanalian wands and his followers. Such a colorful history befits this small herb; it would seem that it has had as many uses throughout mythology as it still does today.

Not only in Crete and Greece, but in all Mediterranean countries, the spice plant Fennel is native and the stems as well as their green are used for seasoning for meat and fish. The taste of fennel reminds anise and is therefore not everywhere equally popular. The tubers contain a lot of vitamin C, as well as vitamin E, beta-carotene and folic acid. Important minerals are iron, magnesium, potassium and calcium.

Fennel is very popular as an antiflatulent, due to the carminative properties of the aspartic acid found in it. Its extract can be used by everyone, from infants to the elderly, as a way to reduce flatulence and to expel excess gas from the stomach. It is commonly used in medicines to reduce symptoms of non-ulcer dyspepsia and flatulence in infants and young children.

It is a common practice to chew fennel seeds after meals, since it help to facilitate digestion and to eliminate bad breath.

Fennel is a very rich source of potassium, which is an essential nutrient in our bodies and is vital for a number of important processes.

One of the attributes of potassium is its quality as a vasodilator, which means that it relaxes the tension of blood vessels, thereby reducing blood pressure. High blood pressure is connected to a wide range of health issues, including heart attack, stroke, and atherosclerosis. A cup of fennel bulb in your daily diet will pump you full of potassium and all the benefits that come along with it. 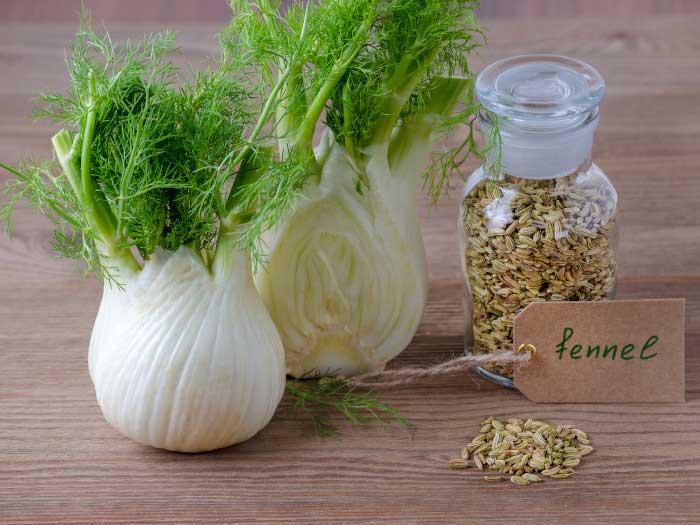 The wild fennel is harvested from January to April, after which the stalks become hard and the plant begins to bloom yellow. Then, when all is dry, the seeds can be harvested.

Please never harvest too many of the wild plants to preserve the diversity of the flora – seeds must be produced!

The three different parts of fresh wild fennel—the base, stalks and leaves—can all be used in cooking. Cut the stalks away from the bulb at the place where they meet. If you are not going to be using the intact bulb in a recipe, then first cut it in half, remove the base, and then rinse it with water before proceeding to cut it further.

The best way to slice it is to do so vertically through the bulb. If your recipe requires chunked, diced or julienned fennel, it is best to first remove the harder core that resides in the center before cutting it. The stalks of the fennel can be used for soups, stocks and stews, while the leaves can be used as an herb seasoning.

It is best to consume fennel soon after purchase since as it ages, it tends to gradually lose its flavor. While fresh fennel can be frozen after first being blanched, it seems to lose much of its flavor during this process. Dried fennel seeds should be stored in an airtight container in a cool and dry location where they will keep for about six months. Storing fennel seeds in the refrigerator will help to keep them fresher longer.

The fresh seeds of the fennel are a yellowish-green colour and can be used whole. Dried fennel can also be used whole or ground to a powder to be mixed into other spice mixes or simply used alone. Fennel seeds pair well with fish dishes. In distilleriy it is used in grape flavored spirits , namely the production of ouzo, tsipuro and other drinks. 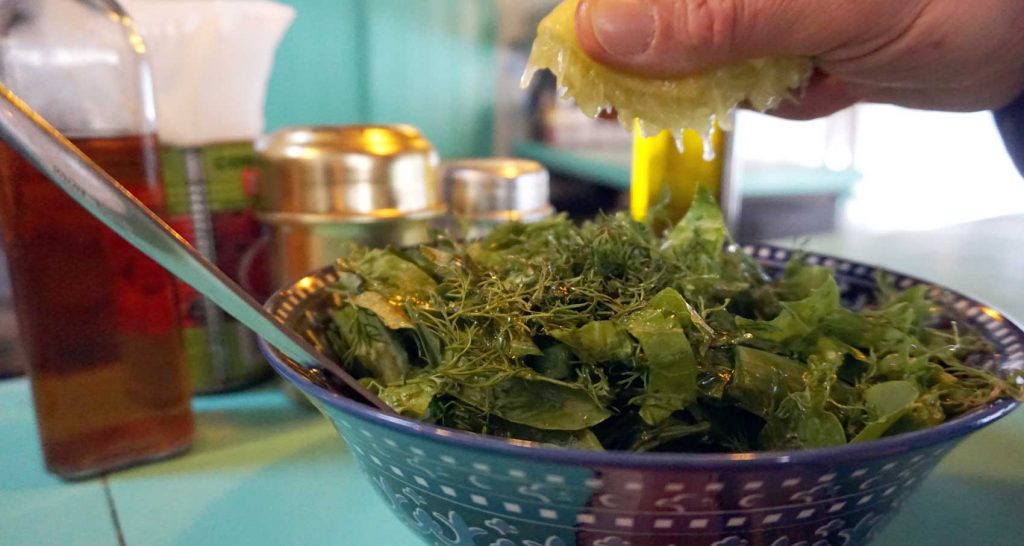 Fennel in the Cretan Cuisine

Μάραθος-Maratho (Fennel)  is one of the most aromatic herbs of Crete. It is used very often in Cretan cuisine in order to highlight and give flavorful emphasis to different products, such as snails or cuttle fish. Crete though is one of these places that will give special culinary attention to the greens of fennel more than the root. In Cretan cuisine, fennel is used for pies (pites), as a spice for fish dishes and snails. It also goes well with legumes such as white beans, broad beans and artichokes.

The Marathopita, a Cretan rustic pie, probably the most famous dish among these, uses seasonal wild greens (horta) and loads of feathery fennel leaves in a fragrant mix of herbs, stuffed in pastry dough and then fried in olive oil until golden.

A visit at Villa Zeus & Dione’s animal farm and garden 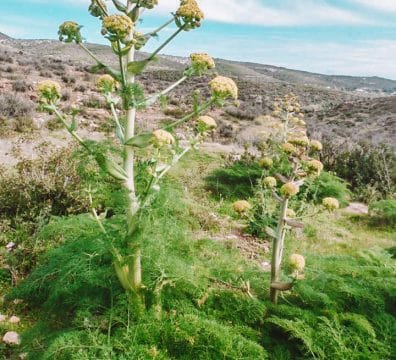